Last night as the WSOP started, Phil Ivey released a statement on his Facebook page that he will not be playing any WSOP games until FullTilt members start being repaid their money

The statement has since been verified as true

The full statement from https://www.facebook.com/philivey reads as follows


For many years, I have been proud to call myself a poker player. This great sport has taken me to places I only imagined going and I have been blessed with much success. It is therefore with deep regret that I believe I am compelled to release the following statement.

I am deeply disappointed and embarrassed that Full Tilt players have not been paid money they are owed. I am equally embarrassed that as a result many players cannot compete in tournaments and have suffered economic harm.

I am not playing in the World Series of Poker as I do not believe it is fair that I compete when others cannot. I am doing everything I can to seek a solution to the problem as quickly as possible.

My name and reputation have been dragged through the mud, through the inactivity and indecision of others and on behalf of all poker players I refuse to remain silent any longer. I have electronically filed a lawsuit against Tiltware related to the unsettled player accounts. As I am sure the public can imagine, this was not an easy decision for me.

I wholeheartedly refuse to accept non-action as to repayment of players funds and I am angered that people who have supported me throughout my career have been treated so poorly.

I sincerely hope this statement will ignite those capable of resolving the problems into immediate action and would like to clarify that until a solution is reached that cements the security of all players, both US and International, I will, as I have for the last six weeks, dedicate the entirety of my time and efforts to finding a solution for those who have been wronged by the painfully slow process of repayment.


Tom Dwan has congratulated Phil on his decision and statement and although he will be playing the WSOP, he has also stated previously that if US players do not get paid, he will give back 100% of the income he received from Full Tilt Poker. 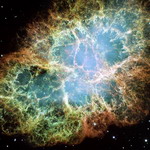 wow glad i got to reAD THAT